A Journey Through The Alliance Vision Prayer | June 18 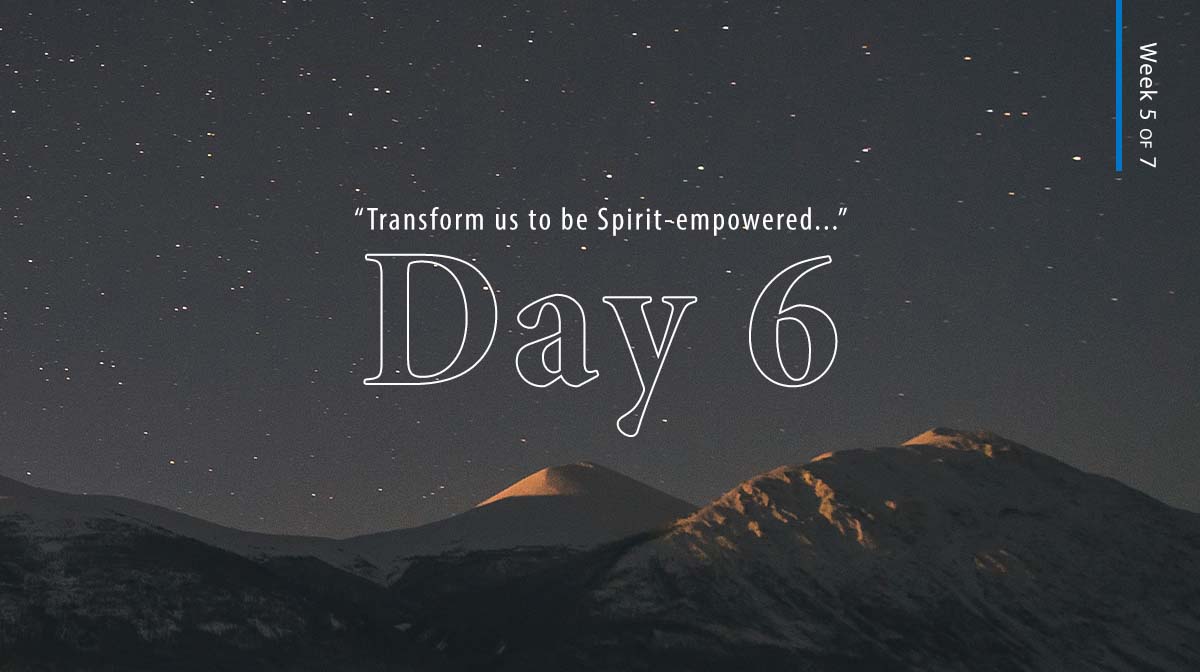 O God, with all our hearts, we long for you. Come, transform us to be Christ-centred, Spirit-empowered, Mission-focused people, multiplying disciples everywhere.

Over 252 million North African Arabs live in seven different countries. Some North African countries have no fellowships, while others have local fellowships with a higher percentage of Christians. The evangelical population in this region ranges from 0% to 0.39%. Depending on the location, receptivity to the Gospel varies from low to hostile.

Warm and hospitable, with a strong emphasis on family and relationships, many North African Arabs have also found themselves in Canada.

Come and speak to them through dreams, visions, media, and local believers. You stand at the door and knock. May they hear your voice and open the door so that you can come in. May they eat the Living Bread, drink the Living Water, and be satisfied. We bless those currently searching for you to find more than they ever imagined. Amen. 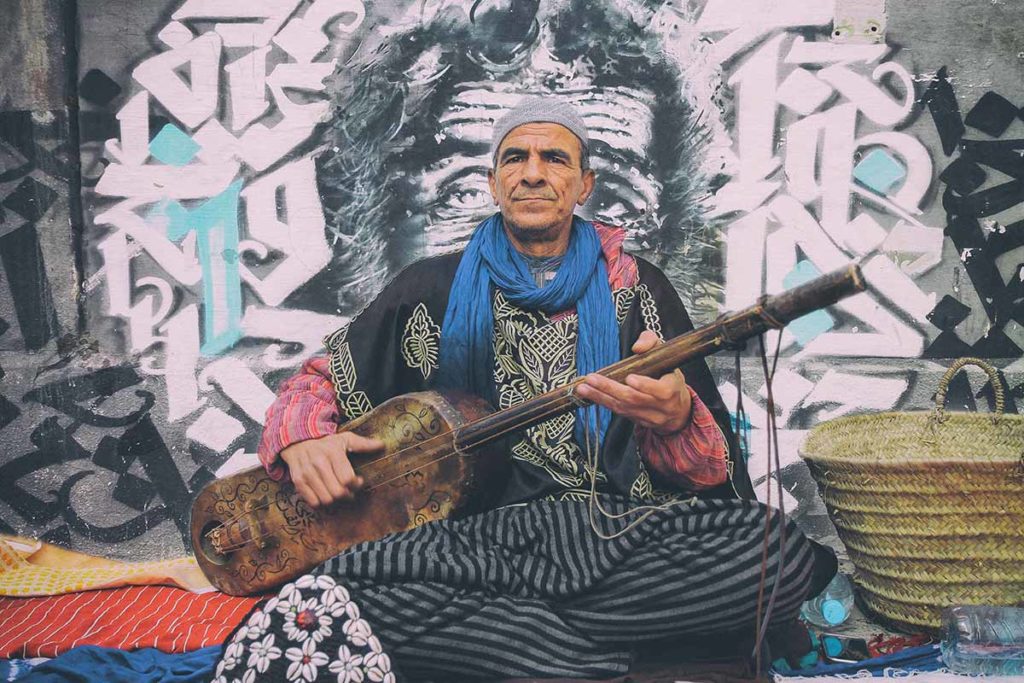 Approximately 800,000 Vietnamese live in Cambodia—38.5% of whom are under 20. Most are undocumented migrants, materially poor, and many are illiterate or pre-literate.

As undocumented migrants, they face many struggles trying to find stable income and access to education. They experience hardship as an immigrant population embedded in an unwelcoming society.

Most practice a mix of Buddhism, animism, and ancestral worship. Only 0.17% of the Vietnamese in Cambodia are Evangelical Christians. There is a growing church presence in Phnom Penh and a few other areas, but there is little to no gospel access in most other regions of the country.

There are over 240,000 Vietnamese who call Canada home!

Father, thank you for those you have called and sent to work among the Vietnamese. Bless them with wisdom from above and encourage them daily. We pray that you would raise leaders from the local body of believers to serve. Bless and anoint those you have sent to preach among the Vietnamese. Would you remove every obstacle that stands in the way and bring down any strongholds rooted in religious traditions? Bless the Vietnamese with the ability to hear and believe so that many will call upon the name of the Lord and be saved! Amen. 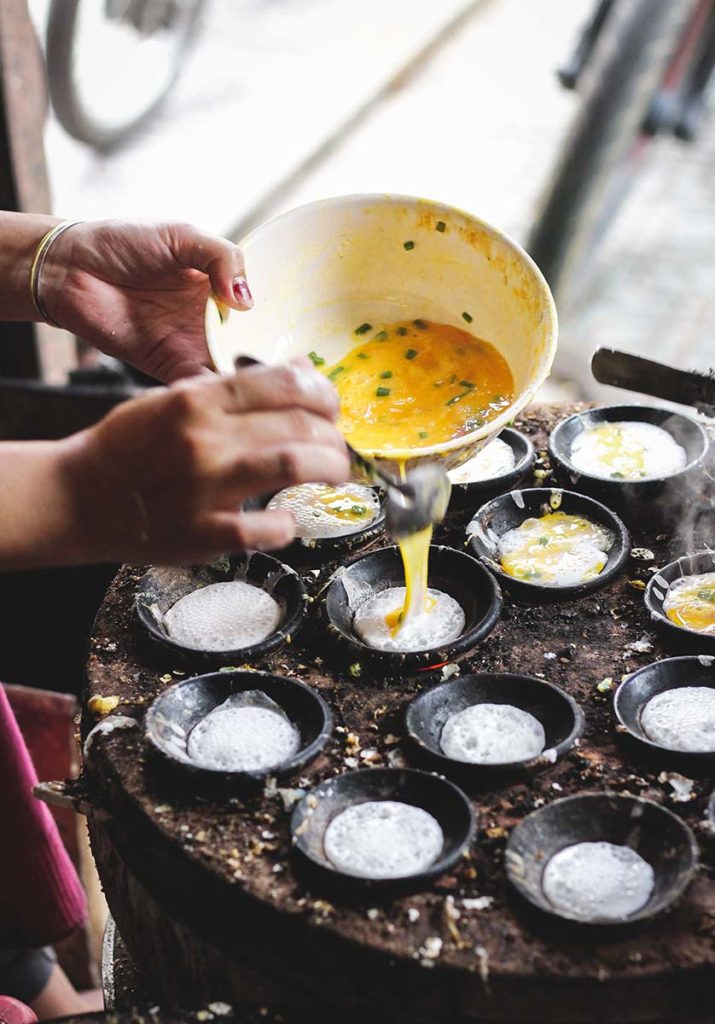 Zoroastrianism, most widely known for its element of fire worship, was commonly practiced in ancient times and originated in Azerbaijan. Evidence of this old religion is still prolific today. After the disciple Bartholomew preached in Azerbaijan, Christianity grew to be the official religion by the 4th century. Islam became prominent in the 7th century, and as a result, Azerbaijani culture today shows little evidence of their Christian heritage. Today, 90% of Azerbaijani follow Islam.

Azerbaijani value loyalty and hospitality. Tea and bread are considered daily essentials. Azerbaijan is the wealthiest post-Soviet country due to oil and natural gas. However, corruption has slowed development and created economic hardship.

There are 8.8 million Azerbaijani in Azerbaijan and over 20 million in Iran, of which less than 0.25% are believers. About 7,000 Azerbaijanis live in Canada, predominantly in the Toronto area.

Father, rebuild ancient ruins that have been devastated; restore a temple of praise. Restore the Azerbaijani to their gospel roots! Open their eyes to see you and increase their longing to worship you. Bless believers with an increased knowledge of the Scriptures. Anoint them with your Spirit, enabling them to be faithful and bold in witness, withstanding persecution. We call for more workers among the Azerbaijani and ask that a Bible school be established.

Bless them with eternal satisfaction in you, Jesus, and we thank you that you are the bread of life. Whoever comes to you will never go hungry, and whoever believes in you will never be thirsty (John 6:35). Amen. 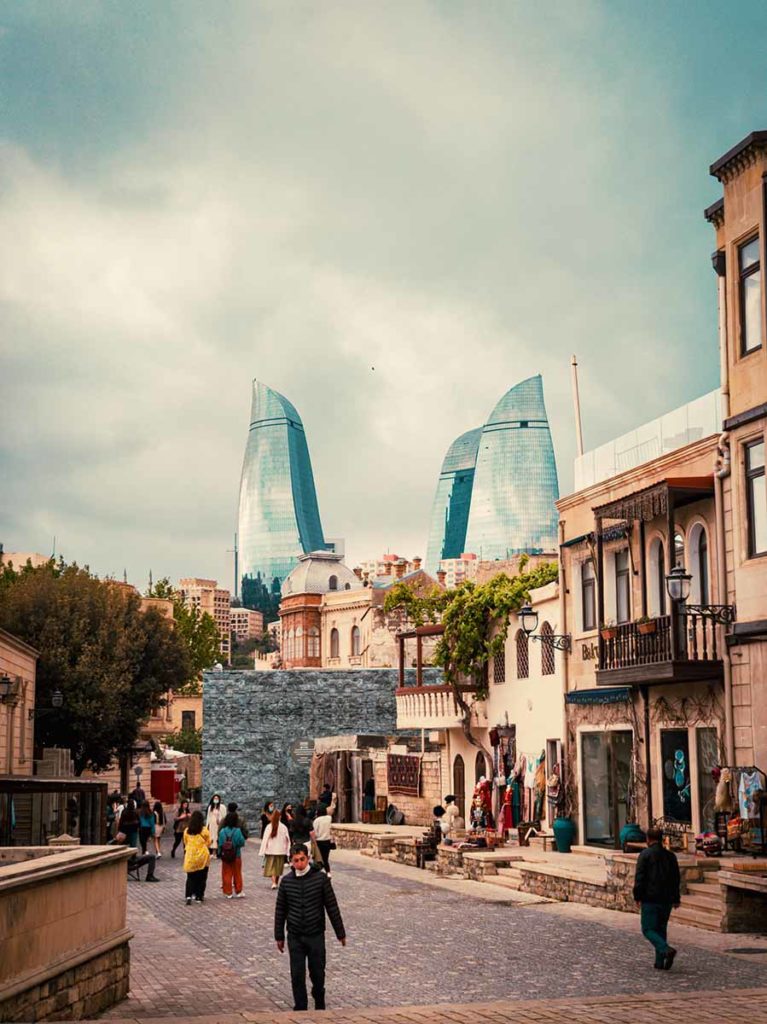 Around 44,000 Huichol live in Mexico, and about 6,000 reside in the United States. Only 0.4% of the Huichol population is Christian. Most Huichol follow an ethnic religion that believes in many gods. Converts to Christianity are often persecuted by and expelled from their community.

Praise God that there are new opportunities through community development to build relationships and access other Huichol groups.

Heavenly Father, please bless the Huichol with the revelation of who you are, the one true God.

Bless them with pictures of your loveliness: a merciful God who saves, a God who rejoices over His loved ones with gladness, and a God who sings over His people. Comfort them with your love (Zephaniah 3:17). May their hearts and minds be receptive to you, Jesus.

We ask for your mercy on those persecuting their people who believe in you. Bless the persecutors with a revelation of who you are and with Damascus Road experiences. Please enable them to see you.

We bless Huichol believers to grow daily in their relationship with you. We pray that through them, you would draw others to yourself—even to the ends of the earth. Amen. 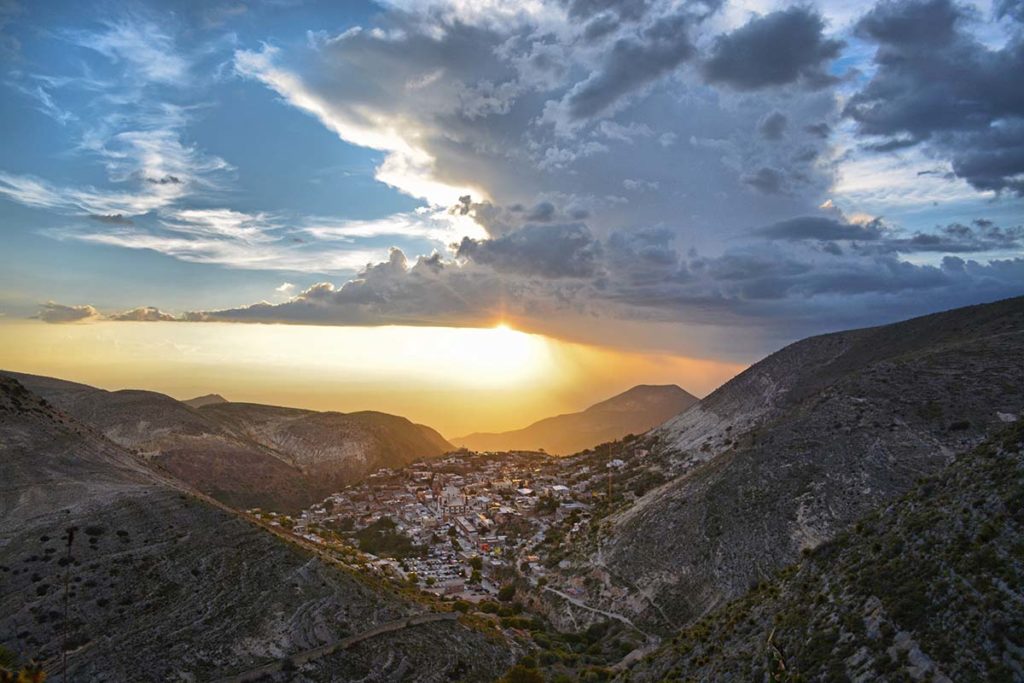 There are over 7 million Laos, and 60% identify as Buddhists. Animism, religion, and folklore are deeply rooted in the Lao culture. According to The Joshua Project, 2.52% of the population are Evangelical believers.

Heavenly Father, would you help the Lao know the blessing of their God-created culture. Bless them to see where they have entangled and robbed of their freedom in Christ.

Holy Spirit of God, hover over this nation. Give them a deluge of truth that will unseat tradition and bring release. Bless them with living water to refresh them and lead many to salvation.

Thank you that you will present the Lao before yourself as a pure and spotless bride. We lift these prayers of blessing to the Eternal, whose love for the Lao is never failing. Amen. 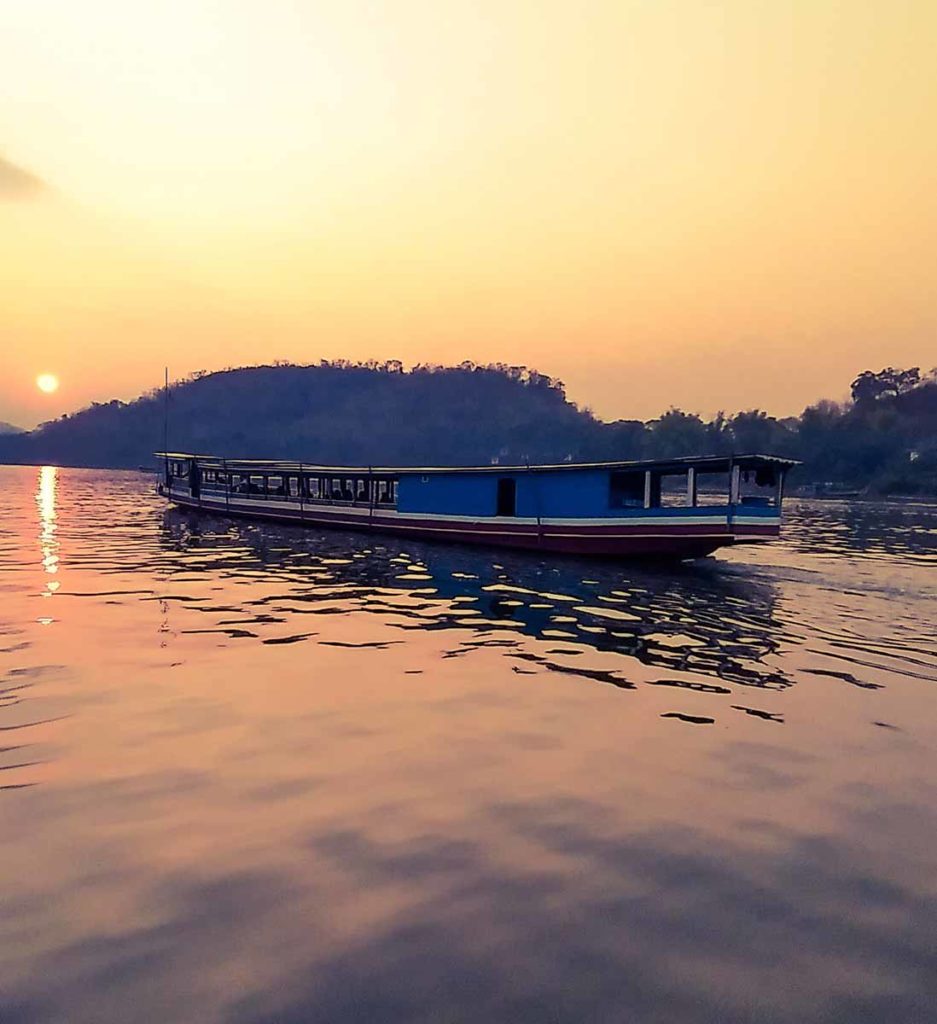 Pray the vision prayer with us:

Founded in the 1880s, The Christian and Missionary Alliance is committed to Jesus and His mission. We aim to be a Christ-centred, Spirit-empowered, Mission-focused movement in everything that we do.
Learn more

There are currently no comments. Why don't you kick things off?